A stop motion video or stop motion animation is a film-making technique in which you take a photo of an object, then move the object a little bit and take another photo of it. The process goes on until thousands of photos are taken and put together to make an animated video.

So, in this post, we will introduce you to the popular stop motion styles for you to choose from and walk you through the essentials and the best stop motion tools for shooting and editing stop motion videos. Let’s get right into it, now.

For beginners, to create a captivating stop motion, the first step is to decide which kind of stop motion animation you wanna make. Though the steps of the shooting of a stop motion video look similar, there are some differences in styles. Here, we would introduce you to the 4 popular stop motion styles for you to choose from.

Claymation is the most time-honored stop motion video. Literally, it means using clay figures as the main characters for the entire stop motion. Some of the classic Claymation movies include Corpse Bride, The Nightmare Before Christmas, and Shaun The Sheep, etc.

An example of Object-motion video

Cutout-motion is using paper cuts as the main object for making stop motion video. If you are good at paper-cutting or you are a teacher teaching low-grade students paper-cutting, creating a Cutout-motion video can be a fantastic choice. Learn how to make an educational video for students.

Stop Motion Studio is an easy-to-use and full-featured stop motion video app for making a stop motion video. It allows you to set the time interval for shooting photos. So you can easily adjust an object's position within the interval time. 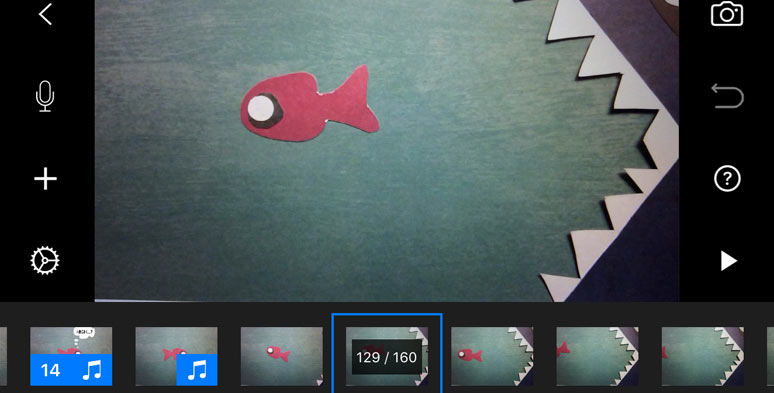 Besides, Stop Motion Studio also offers you basic tools to trim, paste, rotate, mirror photos or add sound effects , record a voiceover and set FPS for the stop motion movie. For paid subscribers, you can even replace the background, add video filters, or add facial expressions to clay figures or even remotely trigger another iPhone or iPad to help you shoot the object from a different perspective. So, for actual shooting photos of a stop motion video, Stop Motion Studio can be your go-to choice.

Although Stop Motion Studio offers you an easier way to shoot and merge pictures for a stop motion video, very often you do find its built-in video editing tools and stock assets like audio, text animations, etc. quite limited.

In the later part of this post, we will cover how to use FlexClip’s video editing features to edit a stop motion video in detail.

If you wanna create studio-like stop motion videos on a desktop pc and have a decent budget, then Dragonframe, a pro-level software for making Hollywood-like stop motion animations, shall live up to your expectation. 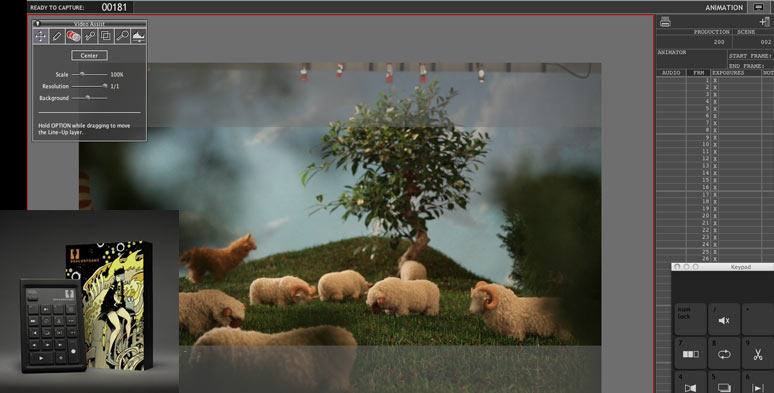 You spend $305 and get a professional Dragonframe stop animation software, together with a Bluetooth/USB controller to bring full control of stop motion video making to your hands. And Dragonframe is compatible with Mac, Windows, and Linux systems. For first-timer users, it may take a while to learn how to use it.

Great, now you have the right tools for making a stop motion video. Let’s move to the actual shooting part.

To make a stop motion video, only 4 steps are involved:

Step 1
Take a picture of an object
Step 2
Move the object slightly
Step 3
Take another shot of the object
Step 4
Repeat the first 3 steps until all the scenes are shot and finally merge all the photos into an animated video, done.

Timelapse of shooting each frame of a stop motion video

Sounds like a piece of cake, doesn't it? Yeah, theoretically it does. But for the real-time shooting, many only end up with a nasty stop motion video, because they overlooked the following 6 essential details for shooting a great stop motion video. So, let’s take a closer look now.

1. Use Tripod for Shooting

To ensure only the subject moves while all the props and video composition stay the same, a tripod is a must-have for shooting a stop motion video. If you use blue or yellow paper as the background of the scene, remember to tape it on its corners. So, it won’t be unintentionally moved either as you adjust the movement of the subject. 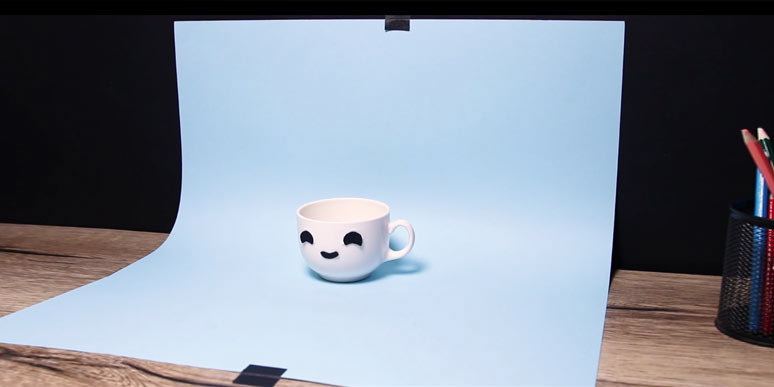 If you don’t have a tripod for shooting a stop motion video with an iPhone or iPad, a backup solution is to flip your camera app to front-facing first and later put your iPhone or iPad on the edge of a higher chair for shooting. 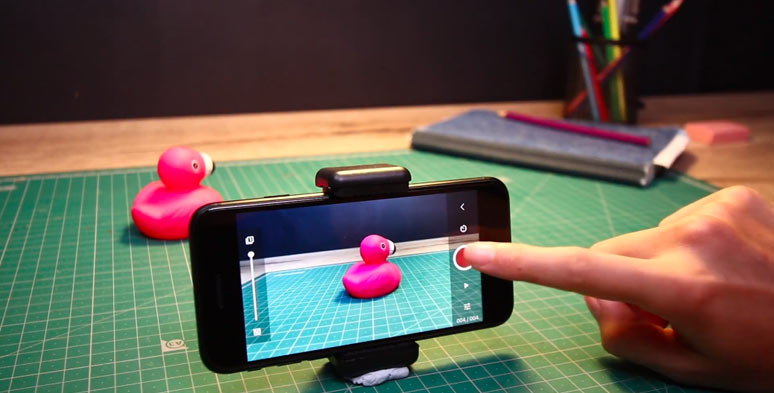 Consistent lighting is vital for shooting a stop motion video

3. Setup Your Camera to Manual Mode

Whether you shoot with your iPhone, iPad, Android, or a DSLR, you need to switch the camera on manual mode. By doing so, you can adjust and lock the white balance, focusing point, ISO, shutter speed, zoom area. 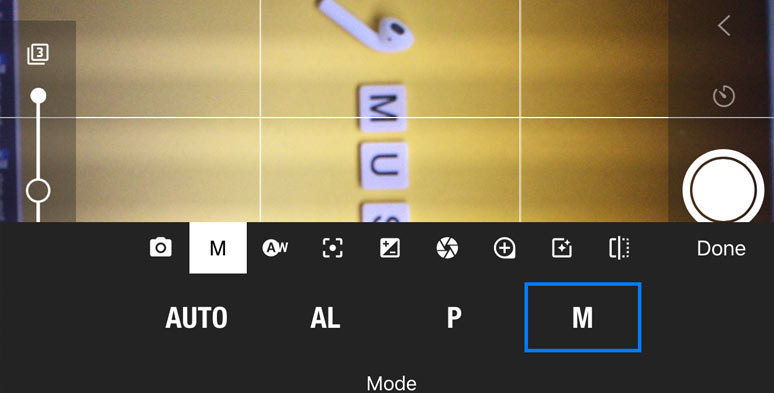 Switch on manual mode on Stop Motion Studio for shooting

So, as you move before the camera, all these important settings won’t automatically change. You can easily use Stop Motion Studio to do so. Ideally, to reduce the vibration of the camera, once you start shooting, a remote trigger for shooting is preferred.

Instead of taking every picture and then manually pressing the shutter button over and over, a great way to shoot a stop motion video is by setting the interval time.

For example, with Stop Motion Studio, you can set the interval time to 10 secs. so, you can move the object between 10 secs and move your hands out of the frame for the camera to take the shot automatically. It can largely boost efficiency and avoid camera vibration. 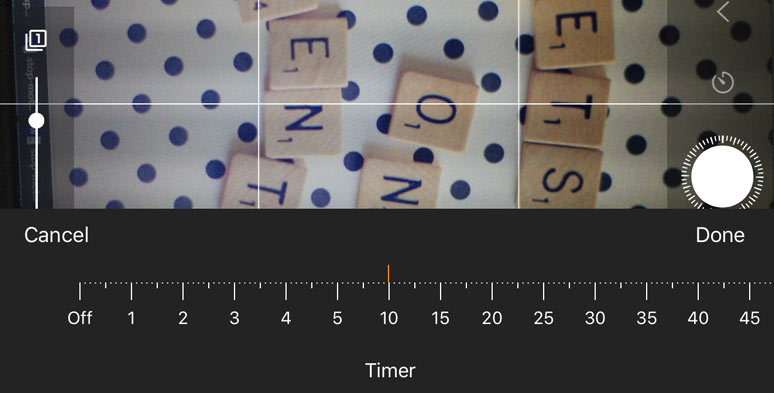 Use Timer to set the interval time for shooting each photo

Another vital issue is the frame rate or frame per second (FPS), which means how many photos are taken for one second of the stop motion video. The higher the FPS, the smoother the video. Currently, the TV is 24 FPS. In other words, one second of the TV consists of 24 static pictures.

Add sound effects to a stop motion video by FlexClip

6. Make Small Movement for Each Shoot

The final small yet big issue is that you’d better move small little movements between two shots. Otherwise, after you put photos into a stop motion video. The subject will pop up from one place to another, which looks like a magic show or camera illusion, instead of a smooth stop motion video.

How to Edit a Stop Motion Video

Once you have finished shooting all the photos for all of your scenes using Stop Motion Studio, you can preview and export it directly to your iPhone or iPad. But if you need to add more text animations and sound effects or music and other effects like video transition, video filters, etc. using FlexClip would be a better alternative.

Just drag and drop your stop motion video to FlexClip’s media library and click on the “+” button to add it to the storyboard. If you wanna have two stop motion videos appear in the same frame, you can even use the picture-in-picture effect.

Add text animations and customize elements and adjust the time

You can even use timers to decide when the text animation appears in your stop motion video and use the trimmer to adjust its duration as well.

Add dynamic elements to spice up your stop motion videos

Add sound effects and BGM to your stop motion video

Head to the “Templates” tab on the left sidebar > enter “intro” and “outro” > select the intro/outro template and add it to the stop motion video > customize the text and audio, add your logo. Done.

Done with all the editing. Preview and later click on the “Export” button to export your stop motion video to your local pc. Or you can directly share it to your YouTube channel or save it to your Dropbox. Or even export it as an animated GIF. So, flexible, isn’t it?

To sum up, making an engaging stop motion can be fun and easy so long you have the right stop motion editors and great patience. You can combine the shooting features of Stop Motion Audio with the powerful editing tools and precious royalty-free stock assets of FlexClip to create epic stop motion using just your iPhone or iPad available. Hopefully, you find this post helpful. So, start shooting and editing your first stop motion video now.