Briefs: We've collected top boxing & fight videos for combat sports fans. In case you want to make a customizable combat video collections that you love most, we've shared our easy free combat video maker that you can upload & edit your most exciting fight video.

Mike Tyson is top boxing legendary celebrity with the highest respect. His knockouts are unstoppable, so we've found you his best knockouts footage:

Muhammad Ali is one of the world top boxing heroes in history. We've found his best 5 fight footage on YouTube.

WWE is the most popular commercial wrestling fights in the US. And, Brock Lesnar is one of the biggest champions with dozens of WWE top titles. He doesn't talk much but is heavenly unstoppable with his Suplex. WWE officially releases his heavyweight fight footage in their YouTube channel. - What a gift for fight fans!

Part Two - How to Make Your Own Combat Video Collection for Free?

Boxing & fighting sports are perhaps the bloodiest & cruelest sports, which also makes it engaging and fantastic. Boxing & fight heroes show us the importance of strength, dedication, persistence and intelligence. Combat sports spirit - "Never Give Up" - is precious.

You can save your most favorite combat videos to a combat video collection. All you need is an easy editor right for you.

If you don't have a video editor yet, try our FlexClip free video maker. Using it, you'll find it convenient to make a video collection for boxing & fight sports:

Typically, there are 3 ways to prepare your favorite boxing footage:

Among many simple or complicated & advanced video tools, FlexClip.com can be a happy solution for you. It'll upload combat videos/images as individual storyboards, and allows you to search/upload high background music and edit your fight video as wish. 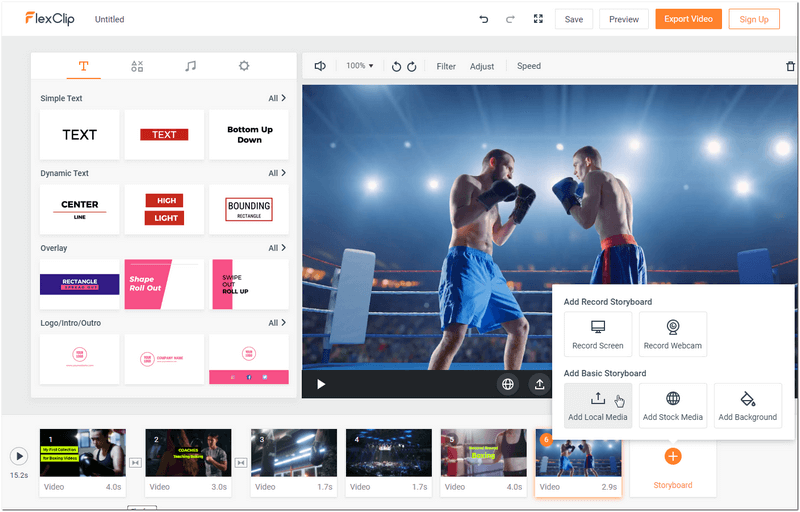 When you are satisfied with your DIY combat video, you can then preview & download it to a MP4 video in 1080P, 720P, or 480P resolutions. 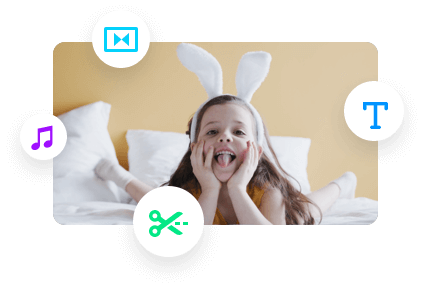