As we all know, lots of people are involved in the production of one movie. Aside from the actors, those who were behind the cameras also deserve compliments and acknowledgment.

Can't Miss: How to Create a Movie Trailer >

FlexClip helps you put excellent opening/ending movie credits easily and effectively with numerous fonts and styles. No matter what your movie is about, the credit would always be an integrated and amazing part of the movie. It is also worth to mention that it is free to use FlexClip. No subscription, no download required, and no tedious watermark. Preview
Movie Credits
Use This Template

Biteable is an online video editor that helps you to create awesome movie credits. It is quite easy to catch on. This program provides movie credit templates. With only a few clicks, a movie credit is done. Texts, fonts, colors on the template are all editable. Easy, free and efficient! 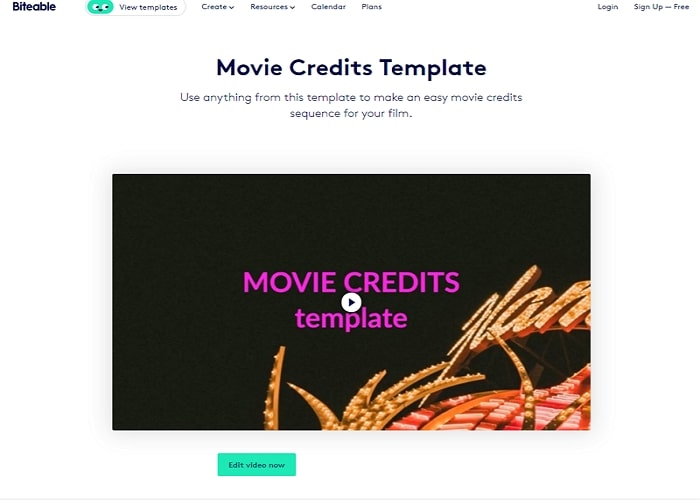 If you happened to be a Mac user, then iMovie is also a good option. However, it might be quite complicated when using it as a movie credit maker. You might need to choose a variety of transitions, effects and text styles in this program. It is also possible that you can use it to add music to the movie.

Due to different versions of iMovie, the movie credit editing process can vary. On my Mac, here is how it works.

Step 1 Launch iMovie, go to the Titles tab. Here you can see a list of titles with their animation.

Step 2 Find Scrolling Credits on the Titles, it is especially for movie credits.

Step 3 Drag this title into the timeline and play it around.

Step 4 Drag the background music to the timeline and adjust its length same with the title. 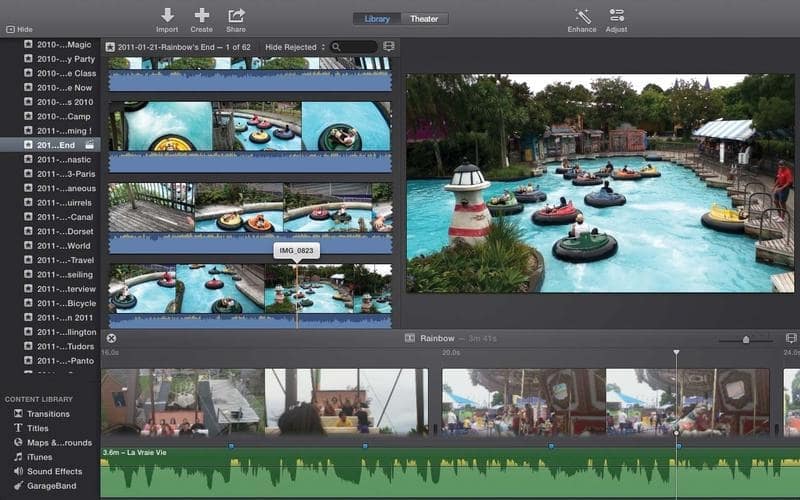 HitFilm Express is an advanced video editor for Windows. You can use it to create excellent rolling credits with it. It might be somewhat complicated to use it, but worth a try.

Step 2 Go to the Media section, import the video and add it to the timeline.

Step 3 Go to the Effects > Generate > End Credits Crawl. Drag the effects to the timeline.

Step 4 Customize the specifications like scrolling speed, numbers of elements, width and more.

Q: Which font should I go?

A: There is no specific font for movie credit. The best movie credit should match the theme of the movie. For instance, you are making a movie about antiques, the movie credit font used in it should be formal and display your solemn.

Q: What should be included in movie credits?

A: Actually, there is an order for the movie credits. The opening credits and ending credits are different.