Impress your loved ones with a happy anniversary video. Whether it's intended for wedding anniversary, friendship celebration or establishment of a company, etc., our free anniversary video maker coming with the prebuilt video templates will help you create it to gather fond memories and celebrate togetherness. Marriage is a precious treasure. Make a montage video to record your cherished, romantic memories and celebrate your 25th anniversary. Happy anniversary! Edit this template to create your own video to send your best anniversary wishes to your friends. Share your love stories & romantic memories by making an anniversary slideshow. Just upload your sweet dating pictures & wedding videos, choose a piece of romantic music and clip them into one. Be it a diamond anniversary or a 50th anniversary, FlexClip makes it easy to commemorate your everlasting love.

With years of hard work, your company grows big and influential. Upload company videos and images to storyboards, and create a company timeline video. Document your company milestones now!

Thank a friend for his or her company via a personalized friendship anniversary video. Whether you hope for a slideshow or a video, our free anniversary video maker will help you make it with a few mouse clicks. Capture your precious friendship with pictures or videos, add your heartfelt words to make your video an everlasting friendship gift. 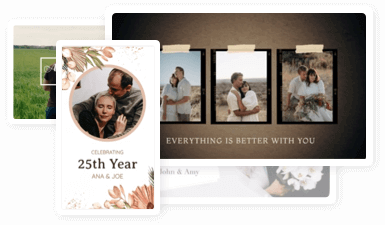 Get inspired from our expertly designed anniversary video templates and DIY yours!

Use our extensive happy anniversary clips and make your anniversary video out-of-the-world. 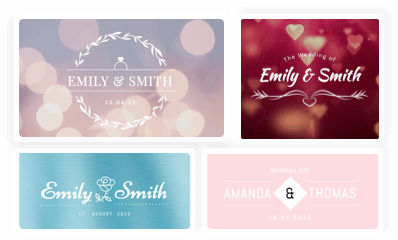 Why You Need to Make an Anniversary Video

Create an Anniversary Video in 3 Steps

Start Making Your First Anniversary Video Now
Make a Free Video
Choose the language of another country or region to get content and online services suitable for your location
English
English
Español
Português
Deutsche
Français
Italiano
日本語
繁體中文
简体中文
Continue
Maximum Number of Projects Reached
You can only save up to 12 video projects, please delete some of them and then create new projects.